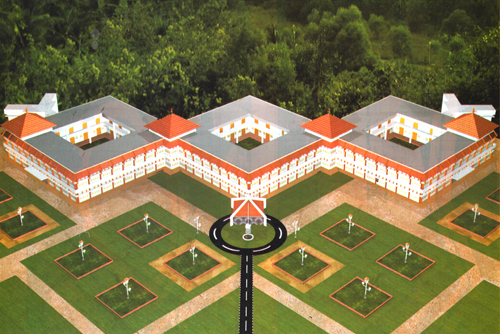 Our school was established in the year 2000 to cater to the educational needs of the children in and around this area with an aim of integrating our varied and vibrant culture with the changing needs of the present day world touching all aspects of life and enriching all spheres of activity. Our school is located in a serene atmosphere in an area of 11.28 acres of land. We have a perennial river on one side surrounded by plantations on the other three sides which give an ambience most suited in nurturing children for a better tomorrow. We have a staff of 73 personals comprising of teaching and non-teaching. Our strength of students at present is 1086 pupils .As a part of the curriculum, we conduct many activities which imbibe moral values and discipline among children in order to bring them up as all round worthy citizens of the country. We bring out creative, adaptive and retentive capabilities of the students through multifarious co-curricular activities. 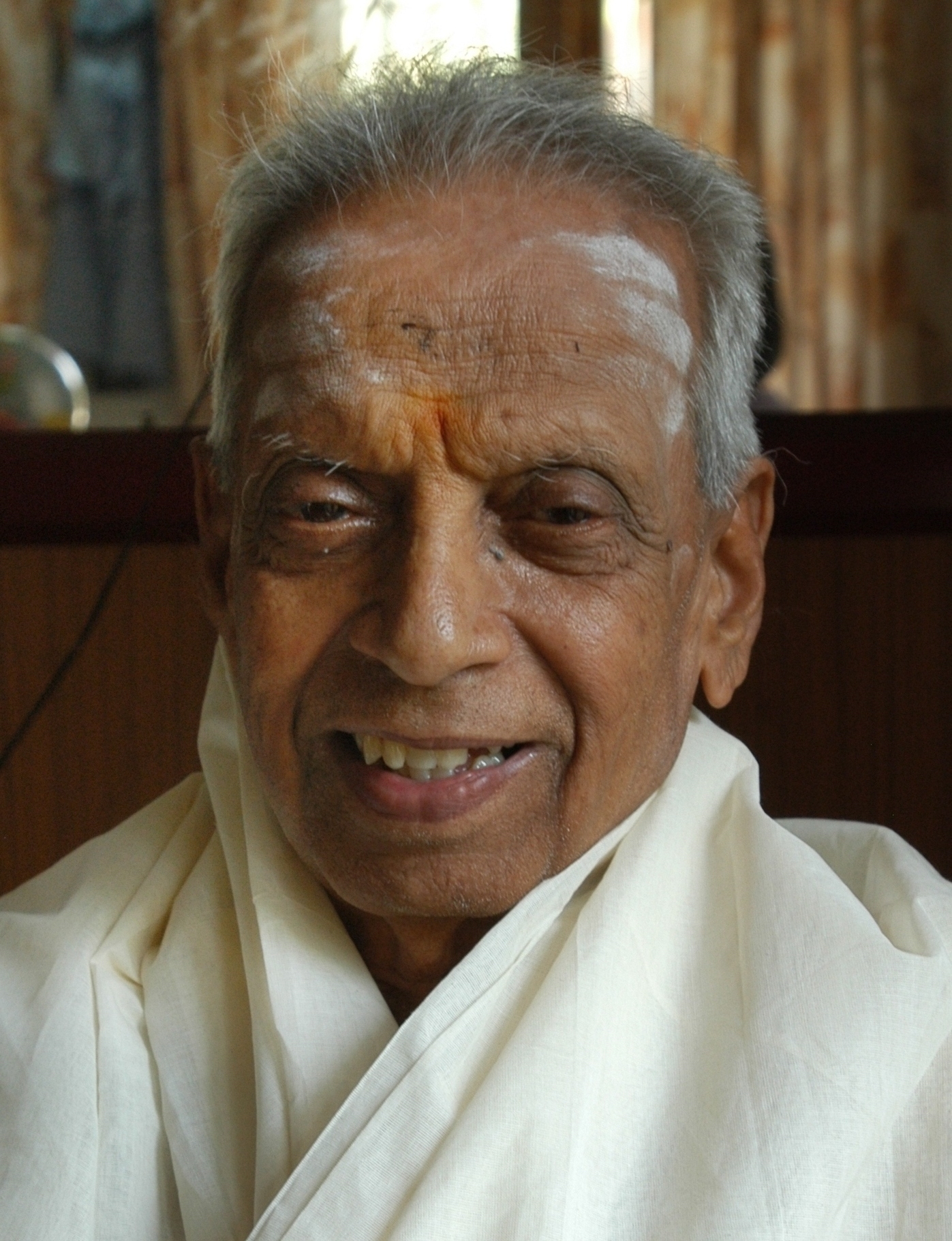 Shri P. A. Ramakrishnan was born in a poor Vedic priest family in Puthucode Village in Palakkad District of Kerala on 15th Feb 1927. After passing out First Class in Diploma in Mechanical Engineering in 1946 at Chennai, He joined Scindia Shipyard (presently Hindustan Shipyard Ltd, Visakhapatnam) in their drawing office. He was involved in various aspects of Shipbuilding and as Superintendent, Dry Docks and Naval Architect to the Calcutta Port Commissioner's, He designed several vessels for the Port Trust. He was involved in the famous Ship surgery of the passenger vessel T.S.S. Sangola and read a paper on the same at the Royal Institute of Naval Architects, London in 1964....

In 1969, Shri P.A. Ramakrishnan started Vadyar Boats at Chennai in a very modest way by manufacturing wooden boats and small FRP boats and was instrumental in the indigenous design, manufacture and supply of various types of Fiberglass Lifeboats, Fast and slow Rescue Boats, Patrol Boats, Passenger Launches, Davits and Winches (Launching Appliances) etc. to various shipyards and shipping companies in India and Abroad. The International Maritime Organisation, London amended SOLAS (Safety of Life at Sea) regulations with effect from 1st July 1986 introducing new types of rules for Lifeboats fitted on Oil Tankers, Gas Carriers etc., which was a turning point in his distinguished career. In Apr 1989, He successfully conducted the most severe fire test in the very first attempt on the prototype 8 mtr 50 Persons Capacity Totally Enclosed Fire Protected Lifeboat with 4000 liters of Kerosene and Petrol for a period of 14 minutes with a couple of Mice kept inside the boat in Kelambakkam at outskirts of Chennai. This was a rare feat at that time achieved by only a few European and Japanese firms in the world. His other achievements included successful indigenous design, manufacture and supply of the 11 mtr 25 Passenger capacity High Speed Fiberglass Launch for inter Island transport as per Dynamically Supported Craft rules of the International Maritime Organisation.

Throughout his long and eventful career spanning more than six decades, Shri P.A. Ramakrishnan was very passionate on fulfilling his social responsibilities. In the 1960's, He worked with Late Shri Eknath Ranadeji during construction of the Vivekananda Rock Memorial at Kanyakumari and besides collecting funds also donated a fiberglass Work Boat for the project. As the Managing Trustee of Sri Adi Shankara Educational Trust, He was instrumental in gifting 58 acres of land in Thiruporur at outskirts of Chennai near the 1300 year old Lord Murugan Temple to Bharatiya Vidya Bhavan in Feb 1997 for construction of a mega Educational cum Cultural Complex including a Woman’s College, Management Institute etc. It was due to his pioneering efforts that the first Bharatiya Vidya Bhavan's Centre in Sydney, Australia was started in Aug 2003 inaugurated by Shri Yashwant Sinha, then Minister for External Affairs, Govt. of India.

In Oct 2000, Shri P.A. Ramakrishnan started a Bharatiya Vidya Bhavan, Kendra in his native Puthucode village in Palakkad district and immediately opened a school at the primary level. His vision was rural children from lower income groups denied high standards of education must have access to it without migrating for this purpose and the catered education must be value based encompassing our glorious culture and heritage including study of Sanskrit studies. It was due to his initiative that Five All India Seminars on Sanskrit and Culture from 2002 to 2007 were organised by Bharatiya Vidya Bhavan, Puthucode Kendra and scholars, eminent personalities from all over India including minority communities participated.

Apart from his own personal contributions, Shri P.A. Ramakrishnan collected funds from India and Abroad for expansion of the School and the Educational Complex Phase I constructed at a cost of Rs. 1.25 Crores in 11.30 acres at Mannapra was inaugurated in Dec 2008. The CBSE affiliated School currently caters to the needs of around 1000 children from mostly poor agricultural families settled in several villages within a radius of 10- 20 kms from Vadakkachery to Pazhayannur in Palakkad district of Kerala and stands testimony to his dedicated and selfless efforts. In recognition of his relentless contributions and in tribute to his memory, Bharatiya Vidya Bhavan, Mumbai have named the School as Shri P.A. Ramakrishnan Memorial Vidyashram.

Shri P.A. Ramakrishnan’s last assignment in defence of Dharma was being involved in the Save Rama Sethu movement, the oldest heritage monument in the world estimated to be 1.7 million years old. Due to his vast experience in the Shipping Industry spanning several decades, He was strongly convinced on the non viability and feasibility of the Sethu Samudram Shipping Canal Project initiated by Govt. of India and the devastating consequences on our priceless Heritage due to the proposed destruction of the Rama Sethu and its impact on our Ecology and livelihood of fisherman etc. He was instrumental in publishing full page colour supplements on the importance of saving Rama Sethu in two national newspapers (New Delhi Editions) in July and Aug 2007 which also contained his own article “Nightmare Ship Salvage Operation if Sethu Samudram is aligned as a Mid Ocean Channel Passage” comparing the proposed project with the Suez Canal Shipping Channel project which had been implemented in the 20th Century.

Shri P.A. Ramakrishnan passed away on 9th March 2008 at the venerable age of 81 after a fulfilling life of achievements and accomplishments as a Naval Architect, Industrialist and Social Worker.

Bhavans Vidya Mandir, Kolaikkad Mannapra aims to equip the child with self confidence and helps the students to value and use their freedom judiciously. The purpose of the school is not only imparting instructions but also to help the child unfold the hidden potential and achieve excellence in every field of life. 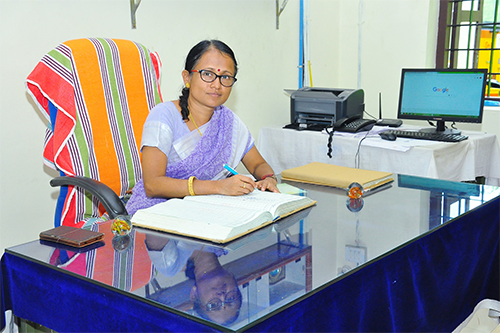 Our school is located in a serene atmosphere in an area of 11.28 acres of land. We have a perennial river on one side surrounded by plantations on the other three sides which give an ambience most suited in nurturing children for a better tomorrow.